These images record a demonstration  by John Huddleston of how to cast using cuttlefish at he Abingdon Silver Group meeting on 20 February 2020.  Thanks to Grant, Lynne and Sharon for their images. 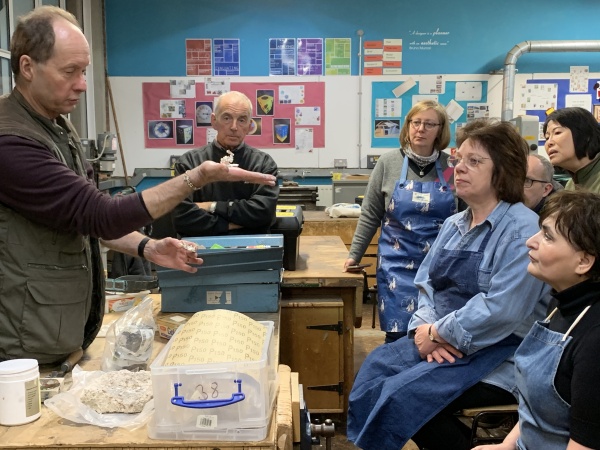 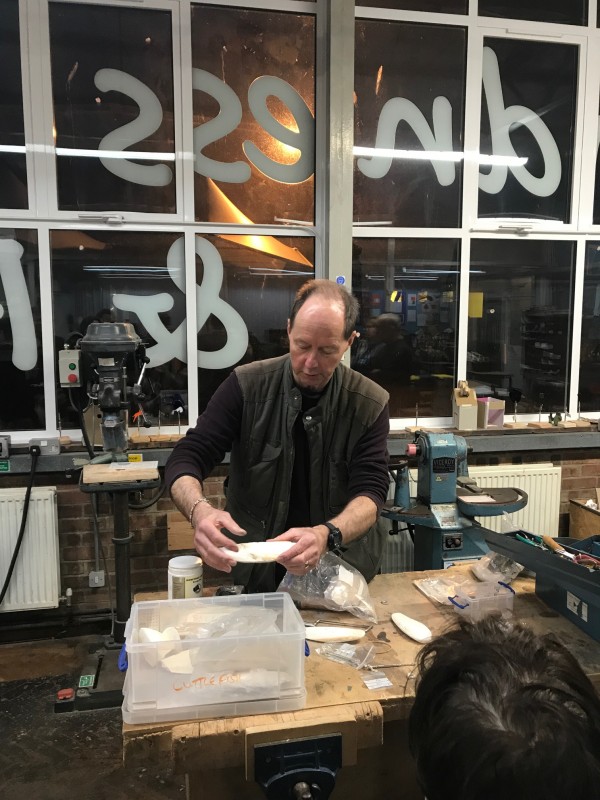 Selecting and preparing the bones. 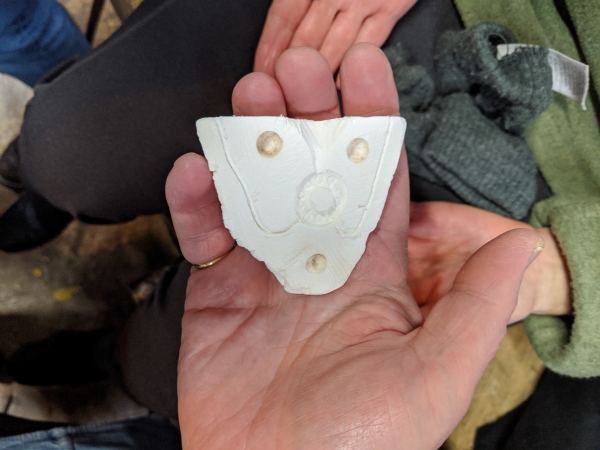 The specimen to be cast was a handy circular mint sweet.  Other mint sweets are available.  Here you can see one half of the mould, the feeder sprue, breathers and the three depressions where ball bearings sit to enable good registration of the two halves. 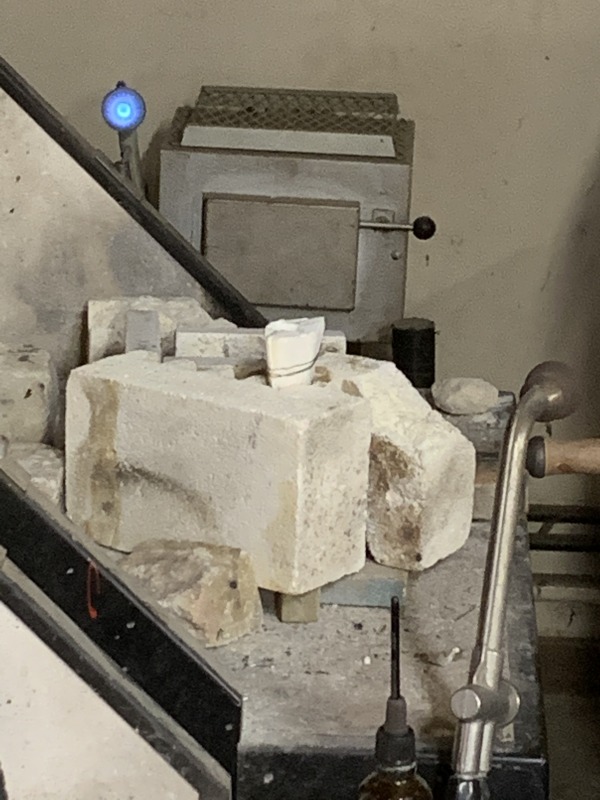 The mould is in position with the crucible behind the firebrick. 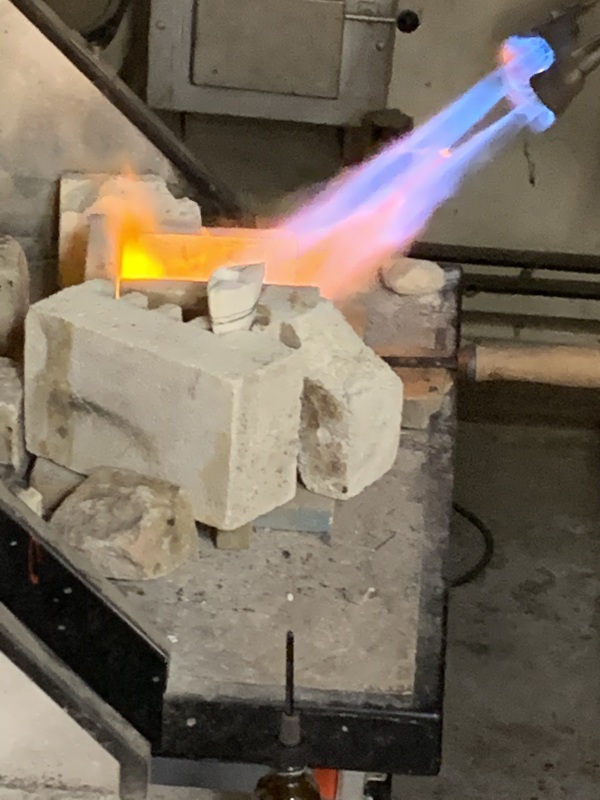 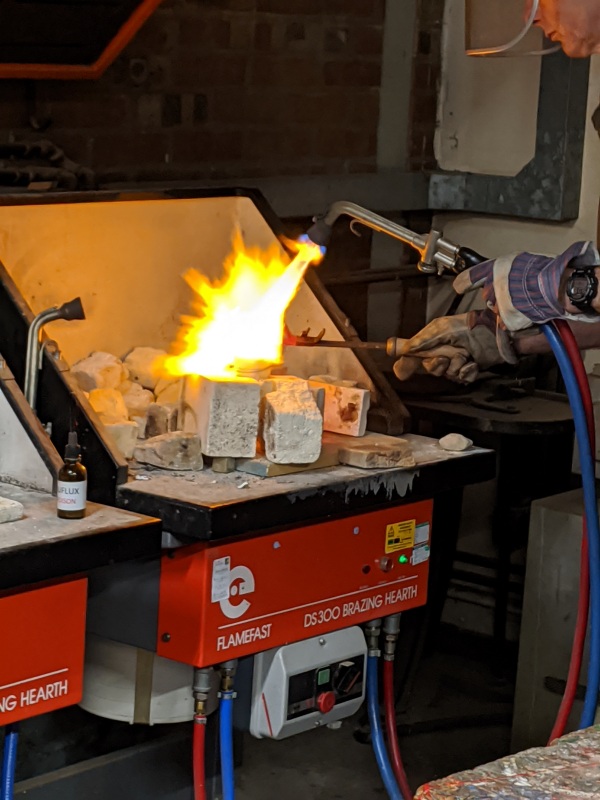 The moment of pouring.  If you prefer, there is a video here 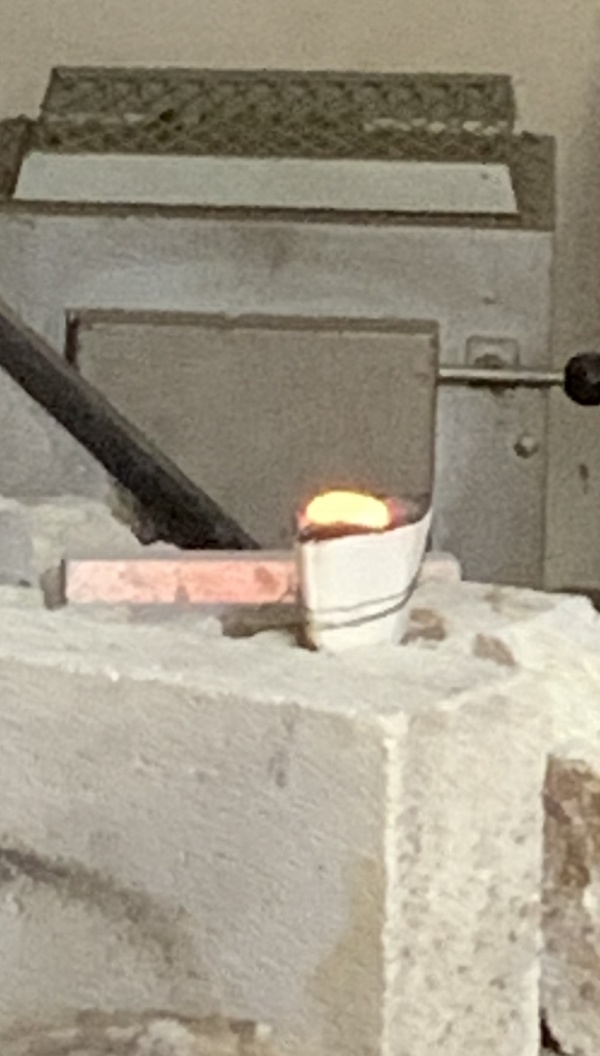 After the pour, but still very hot. 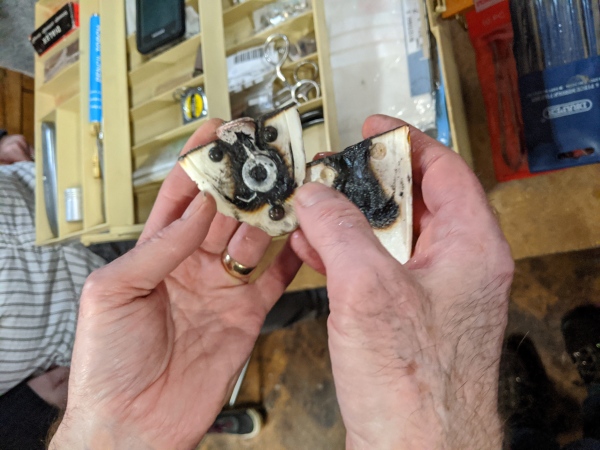 Splitting the mould when cool.  You can see the ball bearings.   The bones have served their purpose, but are waste now. 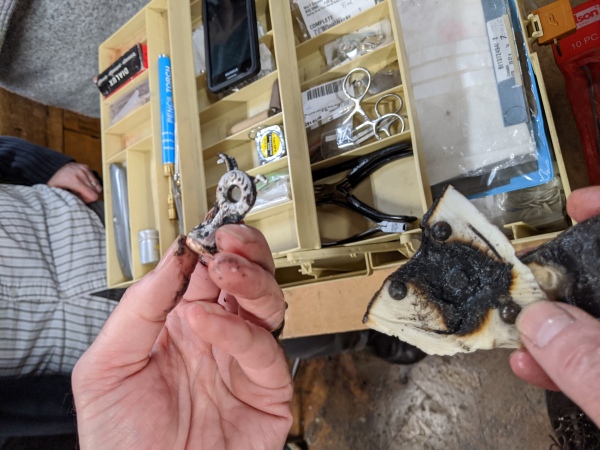 Out of the mould. You can see silver has gone up the breathers.  A good pour! 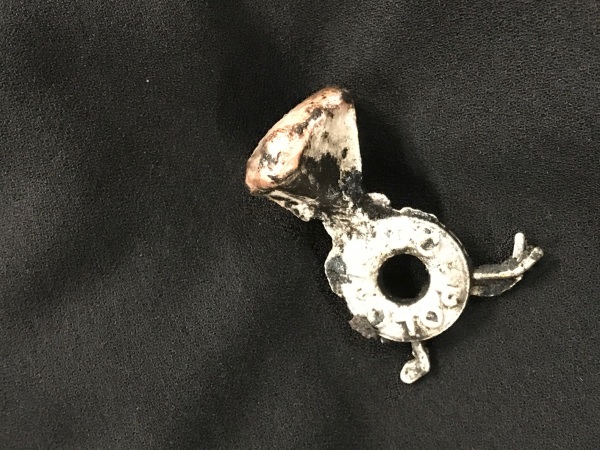 A very quick session on the polishing wheel shows a promise of a good cast. 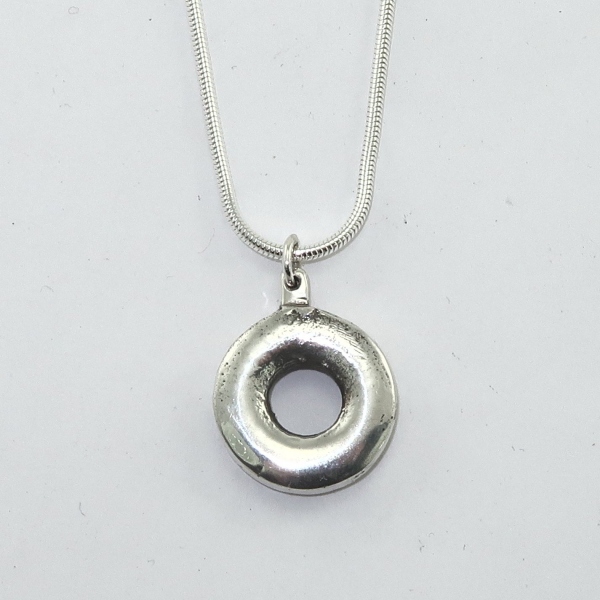 Now fully cleaned up showing the smooth surface achieved on the back.  The casting sprue was carefully cut to form the stub for the support jump ring.  Compare the surface here with the next image which shows similar casts, but where the cuttlefish bone has been treated to enhance the bone structure. 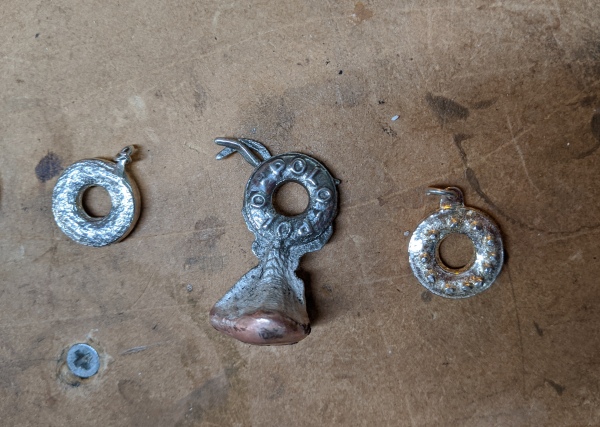 As a further example John showed a pair of bones he had retained after casting two lace bobbins at once. 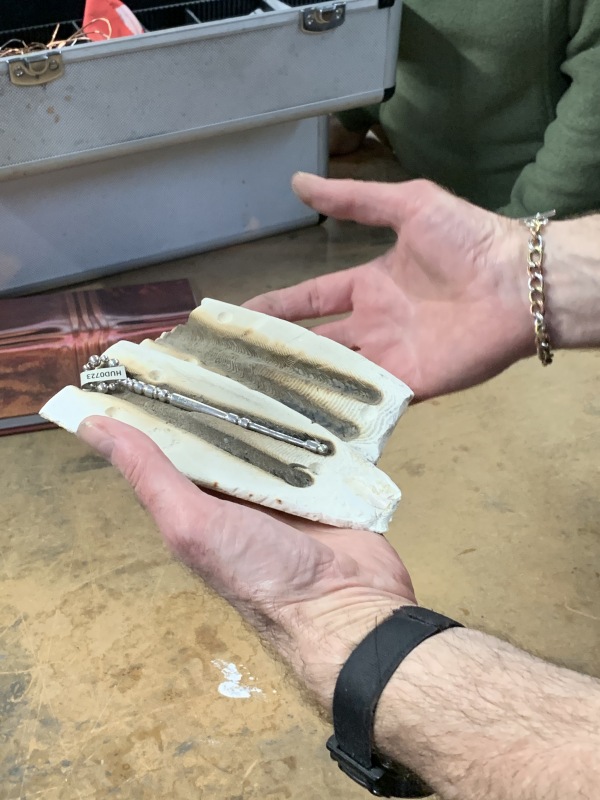